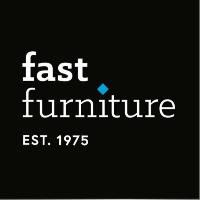 F.A.S.T. was founded by Warren Burke in 1975 in New Waterford, Nova Scotia a coal-mining town whose residents epitomized strong beliefs in family, friends and community. Originally started as an electronics service center, the acronym F.A.S.T. stood for Friendly Attentive Service Technician. It evolved to Fine Array of Stereos and Televisions when Warren began selling electronics in addition to servicing them. Warren soon after began selling furniture and appliances so they name evolved, once again, to Furniture Appliances Stereoes Televisions.

Warren and Wyatt were born in 1987 and 1988 respectively and were involved with the family business almost from birth, appearing in newpaper and television advertisements and later doing radio commercials. As the boys grew so did the business, moving to a larger premises in New Waterford and adding three new locations in neighbouring communities in Sydney and North Sydney. With the purchase of the current location on Disco Street in Sydney, F.A.S.T. considated four store into one to better serve our customers.

"Warren and Wyatt, well-known as The Boys from FAST", were soon loading and unloading deliveries, setting up displays and when old enough to drive did just that - driving the delivery truck! Both "boys" enjoyed meeting people and soon began selling. In 2010 Warren and Wyatt decided to commit one hundred percent to the family business thereby bringing the name to Father And Sons Team.

At F.A.S.T. Furniture, we are committed to providing the latest styles, designs and concepts in home furnishings. We take pride in offering our customers a better experience in choosing colors and fashions that match their lifestyle! We want you to make confident and informed choices for your home that are based on product knowledge to give the feeling of pride and excitement when making a purchase!

There are no reviews for FAST Furniture. Write a review now.