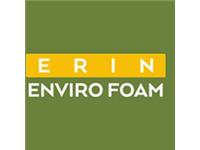 For a flat or commercial roof, there is no better roofing solution than a spray polyurethane foam roofing system. Roofing spray foam conforms to the roof surface with a strong bond that provides a seamless monolithic system and contains no thermal shorts. It provides a greater insulation factor with an R-value of 6.3 per inch, an unsurpassed air-barrier, increased structural stability, and requires less time to install. A spray foam roofing system has an effective lifespan that can exceed 30 years and has the lowest lifecycle cost over other conventional roofing systems.

Spray foam roofing systems provide low maintenance costs, long service life, reduction in energy bills, and is the only roofing system that pays for itself.

Chris Whelehan has over 46 years in the construction industry. He apprenticed in Ireland and completed his apprenticeship in 1972. He then immigrated to Canada and was hired by Yukon Builder in Whitehorse where he worked in both residential and commercial construction.

In 1973 he came to Edmonton and worked with Allied Construction till 1975 when he started his own construction company. In 1988 he moved into land development and the company with responsible for building the first gated community in Riverbend called Whitemud Way. In 1990 the company built a 61 unit condo development with underground parking garages. Between 1991 - 1996 the company completed building 15 luxury homes in St. Albert and three more in Spruce Grove and Edmonton.

In 1997 Celtic Homes was born and along with partner Sean McGeown, they broke into the US market building modular homes. The company did over 40 homes and 17 duplexes. In 1999 the Alberta market took off and managed since then to build over 1000 homes.

Seamus Tracey has been involved in the construction industry for over 40 years. From an early age he worked with his father as a Building Contractor in Ireland. Seamus commenced his Plumbing and Gas apprenticeship in Ireland in December 1973 and completed it in June 1978. He worked on residential, commercial and municipal plumbing, heating, gas and water works and obtained his journeyman certification.

Seamus immigrated to Edmonton Alberta in September 1978 and commenced working in the Edmonton area as a Commercial Plumber. He obtained his journeyman certification as a Plumber in December 1978. Seamus worked in Fort Murray and various other industrial sites as a Pipefitter and Steamfitter and obtained his journeyman certification in these trades.

Seamus moved to Ontario in 1987 and owned and operated his own construction company doing new construction, renovations, framing, and mechanical work. Seamus moved back to Alberta in 1990 and worked for various plants and pipelines in the Edmonton area as a Plumber and Pipefitter until 1998. From 1998 to present he has owned and operated his own company (Tra-Sen Inc.) doing mechanical contracting, plant maintenance, pipeline and residential work.

There are no reviews for Erin Enviro Foam. Write a review now.