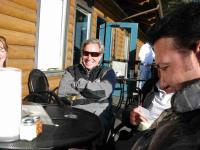 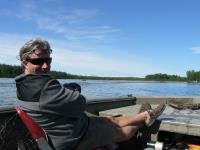 It hardly happens that you find an entrepreneur who has time for other things than business. Denis Vincent from Canada is certainly one of those rare names. Not many people know that behind his successful life as an entrepreneur, he is also a helicopter pilot for the longest time. He is a trained helicopter and airplane pilot, and has flown coast to coast in different parts of Canada. He is also very passionate about sharing his stories, and works from his blog where he has a lot to share.

Apart from the passion for flying and writing, Denis Vincent Quebec is also known for being an entrepreneur with many faces. He has been extensively working in varied industries, including labor leasing and mining, and from 2000, he has been a major and prominent player in the real estate world. In fact, he has been behind many mergers and acquisitions in the real estate world, and his passion for generating new milestones continues. Denis is also aggressively involved in Strong Arm Labour & Contracting company, where he works as the main financial officer simultaneously actively supporting his own company- Heli Vincent inc.

There are no reviews for Denis Vincent Helico. Write a review now.