3 reviews
Report a problem
Add your business for free + 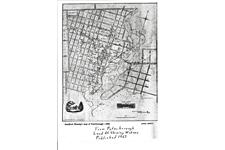 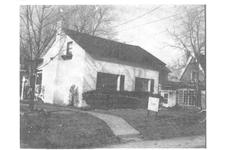 On Road
Yes, only 20 feet from the sidewalk before overcrowded building filled up their parking spaces of 269/265.

David Ellison
As there were three brickmakers/bricklayers after 1835 I would think that this building was redone before 1837 as the bricks are not frogged.

Tia Leslie
This is a QUAINT Cotage sitting on the very top of Smith Town Hill that needs some money put into paint and labor. It already has had the money put into the cedar looking shingles, simulated multi-paned energy efficient windows, gravel driveway, updated plumbing, wiring, etc., etc., without any government help under any historic properties help. I feel sorry for any homeowner in the neighbourhood who owns a historic property and wants to keep it up but lacks the funding. If there was any example of a need for funding, this Cotage is the one.

David Ellison
It certainly needs some money in it to take it back to the 1840's to make it look like the hand made brick building it used to look like, let alone the log cabin that was struck by lightning and caught on fire before that that they held the first recorded Peterborough Church Meeting in.

David Ellison
The city has not been very kind to the very first part of Peterborough that they amalgamated which was Smith Town-Land between McDonnel St. and Smith(Parkhill Rd.) St.!